What is Innovation Scouting?

The term innovation scouting finds its roots in the field of open innovation. Building on earlier findings that openness benefits innovation, Prof. Chesbrough (Haas School of Business) coined the term.

The idea being that companies need to allow for a flow of innovation across their organisational borders in order to cope with the challenges of ever faster innovation life cycles. The traditional approach of secrecy and silos of research and development must give way to a distributed innovation process.

“Half the company’s ideas must come from the outside”

Internal research and development often burdened with organisational inertia are being outpaced by smaller unencumbered teams of innovators. This leads to a high risk of missing out on emerging market opportunities. Especially those that are in stark contrast to the existing modus operandi.

Decreased internal R&D budgets must mitigate the ever present threat of their parent organisations being disrupted by globalization and new competitors that have easy access to the resources that used to be a significant barrier to entering the market.

Open innovation taps into external innovation, turning it into an opportunity before it becomes a risk. 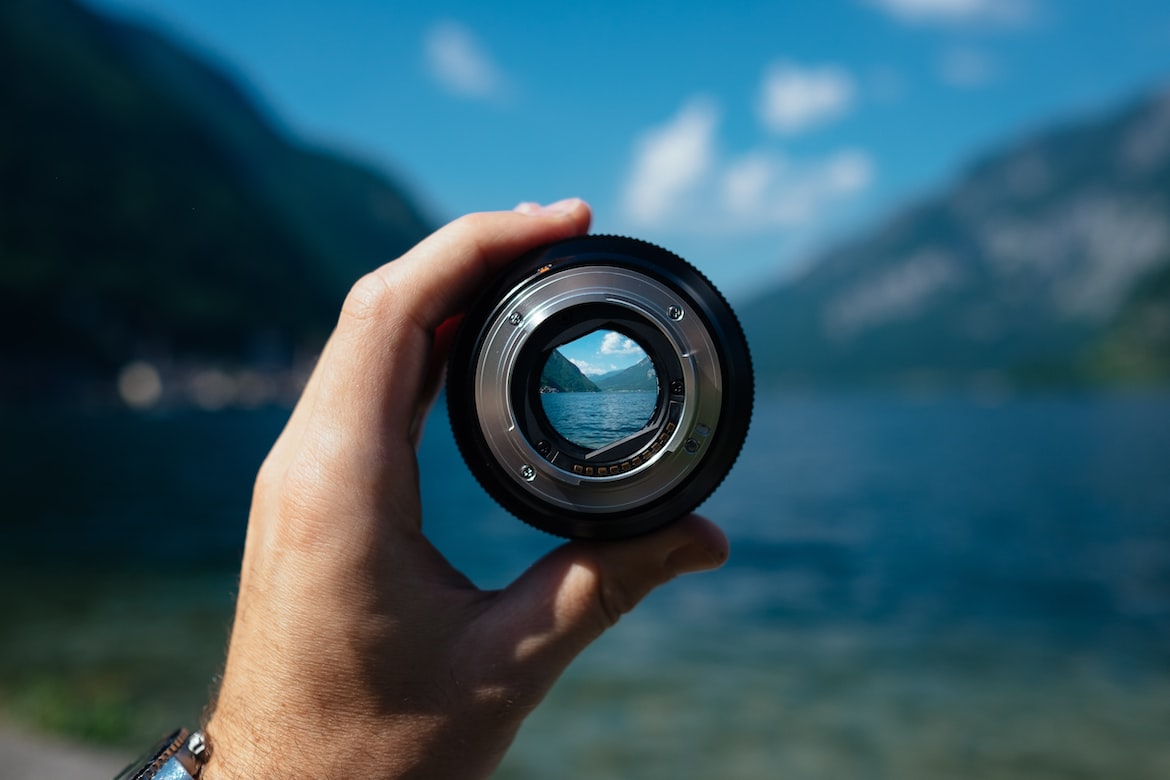 Each step has challenges but the discovery phase in particular is prone to information overload. Even with narrowly defined problem there is a sea of hyperbole in innovation that makes it hard to find valuable innovators. But just as important is identifying the innovation that does not partake on the global innovation stage, but rather is known only to real insiders. So called “hidden champions” can be treasure troves of innovation.

On a higher level it is important to recognize emerging technologies and trends before they become mainstream and be able to creatively combine overlapping technology areas to see big picture innovation on the horizon.

Innovation can be sourced vertically, that is from consumers to suppliers, and horizontally, between producers, competitors and industries. Popular stream of open innovation research have concentrated on the vertical borders between the producers and consumers or suppliers. Methods such as crowd sourcing, lead user method and design thinking, that all tap into the creative potential of users and consumers, have evolved from academia to become common place in most innovator’s toolboxes.

The previously mentioned methods for uncovering innovative ideas all base around the fact that finding your users and consumers is straight forward as a producer. In contrast the discovery process across organisational borders, in the ocean of industry players, poses a much more challenging sourcing problem. There are many ways of innovation cooperation between organisations: licensing of technology, joint ventures, spin-offs and acquisition.

Scouting, specifically “technology scouting” refers to the active search for cooperation opportunities as part of the discovery step. The term has more recently been replaced by “innovation scouting” in order to represent a more holistic approach, encompassing the search for not only for new technology, but any form of new ideas, methods, processes and devices.

“Innovation is a process of redefining and reshaping a category or a reality. It may be connected to corporate culture, organization’s structure, business model, existing products and needs, customers and yes — technology. But it does not equal new technology.”

Although scouting is often primarily seen as inbound sourcing, where the provider of the innovation is external to your organisation. More benefits are gained from bi-directional sourcing and combined discovery. That means, true to the original open innovation concept, to offer your own insights and innovations to others allowing for the combined innovation to have greater effect. 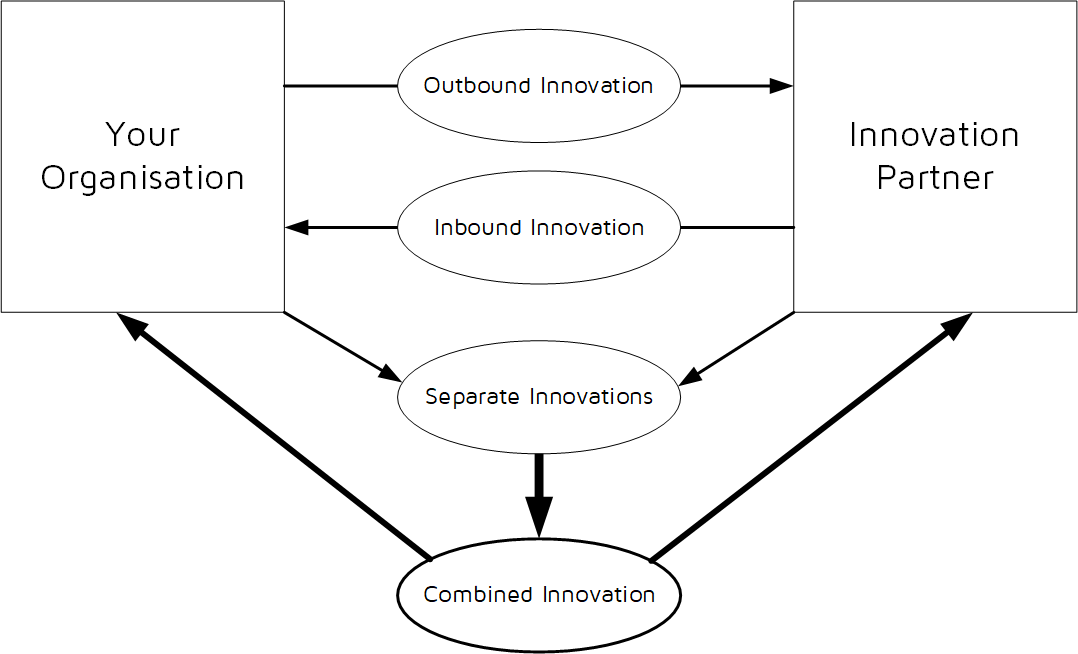 Bi-directional information exchange in the discovery process will also simplify the integration and adoption ofany innovation you discover.

Startup scouting is a type of innovation scouting that currently dominates the space and both are often regarded as synonymous. But another type – trend scouting – is the actual foundation of any innovation scouting effort. With a goal of identifying change in your industry early, familiarizing yourself with new and upcoming terminologies and stakeholder hot spots (i.e. conferences, trade shows and other networking opportunities) it facilitates the network and language you need to master in order to find, reach and talk to innovators.

The term “startup” has evolved from an early stage externally financed business venture with scale-able properties to describing any person or group of people working on a business idea. Innovative or new is no longer a necessary attribute. This makes scouting for real innovators the core goal of “startup scouting”. Of course an innovator can take on various forms: from inventors and ideators to fully fledged innovative businesses, the innovation scout needs to be receptive to a whole spectrum of possibilities. After all an early discovery results in maximum participation potential.

A certain amount of effort albeit with lower budgetary priority should be invested in other industries adjacent to your own both in terms of trends and developments but also significant innovators and innovations as their core elements may find application in your own industry. For example the core concepts of early peer to peer technology (as applied to music sharing) can today be seen in any number of industries and applications in a derived form (shared ownership, decentralized exchanges, …).

An organisation that is not open to external innovation is the first barrier to overcome in order to facilitate open innovation and especially innovation scouting. Mature organisations that are used to developing everything in house must undergo a mindset change or face a high risk of being disrupted sooner or later.

Then the first step before dedicating resources to innovation scouting is simply to create a culture of scouting. Every employee should be on the lookout for innovation as part of their daily work. This is both true for outward facing roles, such as sales and business development, but also less obvious team members may come in contact with new ideas by simply having a vested interest in their industry and subsequent interactions.

“exposing employees to a broad range of external partners can lead to more innovation at the company. But if they spend too much time searching for new ideas outside their firm, this could detract from the work they do inside the company. They will presumably have less time to attend internal meetings, talk to colleagues, and stay on top of email. So while they may be increasing the potential for future innovation, their time away from firm activities could negatively affect the firm’s current productivity.” 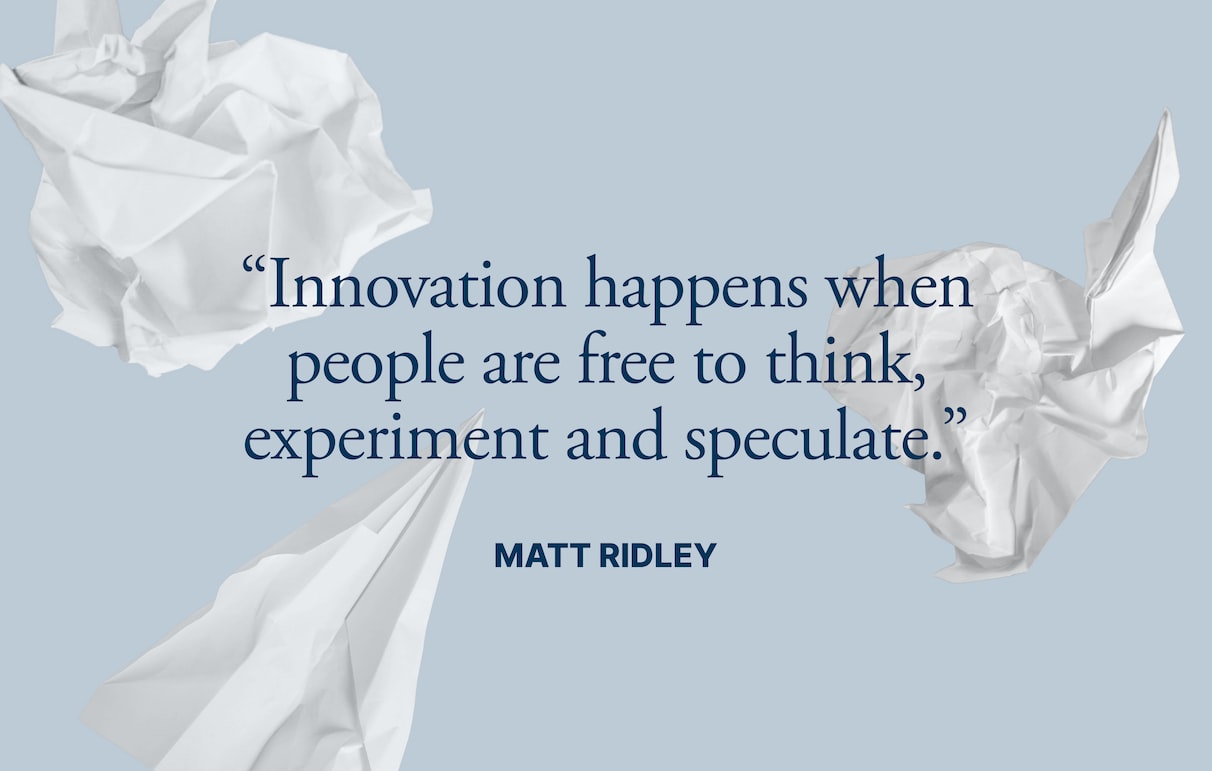